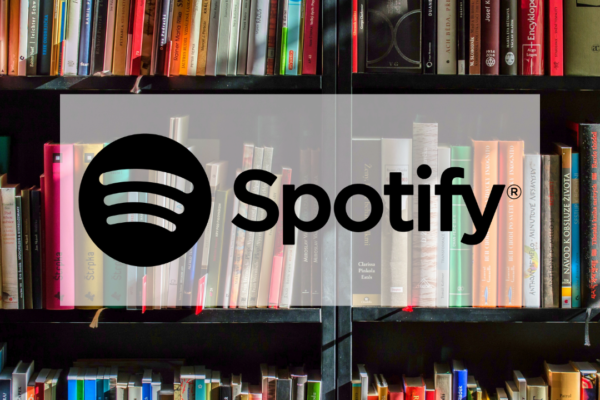 Is Spotify is trying to dominate audio?

Last month, streaming giants Spotify announced that they’re acquiring leading audiobook platform Findaway. As the company plans to spend an ‘undisclosed amount of money’ to purchase the platform, they continue their plan to become the go-to place we consume all audio content.

As part of the announcement, Spotify said: “Together, Spotify and Findaway will accelerate Spotify’s entry into the audiobook space and continue to innovate the industry, working to remove current limitations and unlock better economic tools for creators. Findaway’s technology infrastructure will enable Spotify to quickly scale its audiobook catalogue and innovate on the experience for consumers, simultaneously providing new avenues for publishers and authors to reach audiences around the globe.”

As Spotify aim to become the leading platform for music, podcasts and now audiobooks, there’s a lot to unpack as we explore their latest move further.

There’s a lot of money to be made in the audiobook space, hence why Spotify is keen to tap into the market. According to reports from Statista, sales revenue from consumer audiobook downloads in the UK reached £133 million in 2020, up from £97 million the previous year. Much like the UK, stats have followed an upward trend in the US since 2018 as sales revenue reached an impressive $1.3 billion in 2020.

One of the most interesting aspects of the acquisition is that Findaway currently distributes and displays audiobooks for various apps and platforms, including Kobo, public libraries, Libro.fm and their biggest competitor in podcasting and music, Apple. So simply put, there is real potential that Spotify will be supplying audiobooks to Apple.

As Spotify is also set to become a bookseller in 2022, it’s safe to say there’s some serious money to be made.

A single destination for audio

Spotify setting itself up as a one-stop-shop where you can stream your favourite album, tune in to your favourite podcast, and digest a couple of chapters of a book. If you want our two pence, we predict that Spotify will indeed be dominating the audio in the next five years. In the digital age, we know what listeners value convenience. With Spotify set to house music, podcasts and audiobooks in one space, it certainly offers convenience like never before.

Another key driver for listeners is often cost, so if Spotify can roll all three audio formats into one affordable monthly subscription, they could win over listeners from competitors. Furthermore, with a huge database of engaged listeners that they know well, Spotify is exceptionally well-positioned to influence listeners’ habits to their advantage.

The battle for Gen Z Listening

Recent data showcases that digital audio has benefited from the UK lockdowns. According to forecasts by emarketer, digital audio listeners will continuously rise until 2024, as they’ve forecasted an impressive 39.3 million listeners next year.

With Spotify being the preferred streaming platform for 68.4% of Gen Z listeners, will they win the battle for Gen Z audiobook listeners? If they’re able to emulate their success with podcasting, they likely will.

As we know, Gen Z turns to podcasts for escapism and healing, diverse and trusted voices and storytelling. So, there’s certainly an opportunity for Spotify to position itself as the new audiobook destination for this particular audience.

According to a survey released on 1 December by Dolby Laboratories, Gen Z is big on quality. Nearly half of those surveyed who pay for a music streaming subscription want access to the latest cutting-edge audio technologies with their plan. Comparing various types of in-car entertainment, most see the biggest opportunity for enhancing the listening experience when enjoying music in the car (43 per cent), followed by audiobooks and podcasts (23 percent). The takeaway? If Spotify continues to deliver a high-quality listening experience across all three mediums, it’ll continue to be the preferred platform for Gen Z.

According to reports, Spotify is tipped to overtake Apple as the largest podcast provider before the end of 2021. After moving into the podcasting space just over two years ago, is it just a matter of time before they dominate the audiobook space too?

Finding sponsors for your podcast
A Numbers Game: Can indie podcasters still make it to the top in the UK?