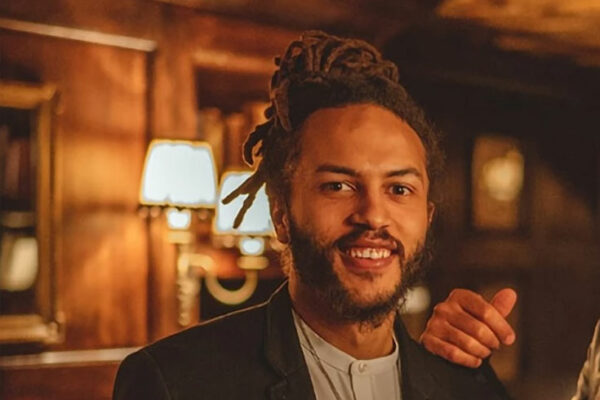 Luti Fagbenle is an actor, producer and engineer. He started his career in entertainment by first playing Simba in the Lion King in the West End. He later became a series regular in Hollyoaks.

Luti has always been interested in film, music and filming. He produced Nike: Midnight Madness with Channel 4, as well as a number of award-winning shorts and documentaries. He is currently the Founder of Luti Media, an established name in the Music Industry and he is the man behind some the most groundbreaking music videos of this decade. His works include Drake’s Nice For What, Iggy Azalea’s Fancy and Beyonce and Jay Z’s On The Run II Jamaican film interlude.

In episode 112, Luti tells us all about ambition, drive and motivation. The two explore how to get your foot in the door by paying your dues, and Luti uncovers some of the sacrifices you might have to make to be exceptional in entertainment and how to stretch your goals and visions beyond what you set out.

How great was that? I feel motivated to do so much more and I hope you do too! If you want to find out more about Luti and his work visit Lutimedia.com and get inspired!

If you’ve missed a few episodes you can catch up on www.wannabepodcast.com/listen

Content is Queen has now officially opened up two podcast studios in Peckham and in Somerset House. If you have a story you’re dying to tell through a podcast then head to contentisqueen.org and join our waiting list to get access to our studios.

*This episode is part of a special Black History Month mini-series that we’ve put together for you. I would like to give a huge thank you to the Social Mobility Commission who have helped us pull this miniseries together and allowed us to use their research and reports to help inform us of the issues around education, achievement and attainment.