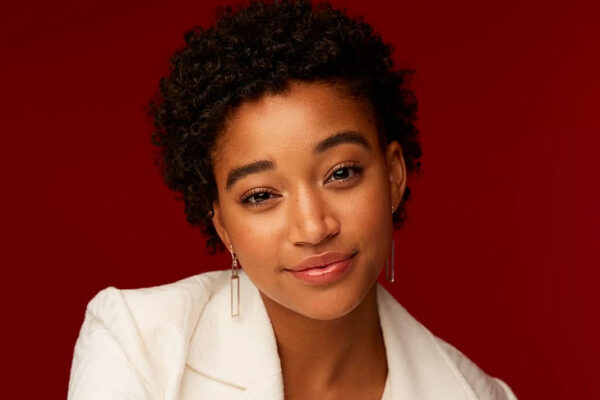 Amandla Stenberg is an American actress who shot her first feature in the 2011 film Colombiana. Amandla is well known for playing Rue in the Hunger Games, and more recent picture “The Hate U Give”. She is also the lead actress in When Hands Touch – Directed by former podcast guest Amma Asante too! A talented musician, Amandla also plays the violin, drums and guitar. When not creating music, Amandla likes to make a lot of noise through the use of social media. In 2014, her school project “Don’t Cash Crop my Cornrows” went viral, and she was later declared (by Dazed magazine) as “one of the most incendiary voices of her generation”in 2015.

In episode 79, Imrie and Amandla discuss her most recent role in ’The Hate U Give’ and how she was able to play a character that she shared so many real-life experiences with. The pair both share their experience of being black and identifying with the black community. You’ll also learn about the importance of activism, even though it isn’t always safe and how to protect your self and mental space.

Amandla later explains why speaking out against micro-aggressions was difficult growing up, but also proudly shares why she is so comfortable to do so now. Episode 79 is a short and sweet episode with an even sweeter guest, and this one is sure to leave you feeling inspired.